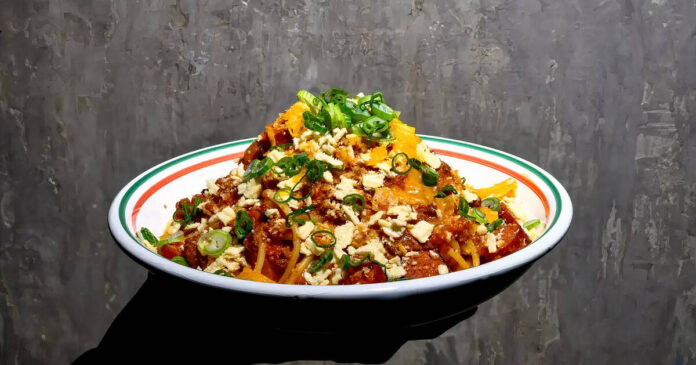 New restaurants in Toronto can give us all kinds of different experiences, whether you want to feel like you’ve been blown up into space or transported to a soju bar in Korea. Some great new options for pasta have also just opened up.

Here are some new restaurants to try in Toronto this weekend.

Pasta and fresh bread are served during the day and cocktails and Taiwanese street food dominate by night at this new restaurant that has settled in the Parkdale area, formerly home to Nice Nice Wine.

The Paradise Theater family in Bloorcourt, which already owns the Osteria Rialto, has opened this new restaurant and café, where you will find dishes made from locally sourced ingredients as well as baked goods.

Escape the earth for an evening at Storm Crow Manor’s new West Queen West space concept, where you can refuel with spicy jackfruit sliders and burrata, and also take off with out-of-this-world themed cocktails.

Turkish cuisine has now found a new location on Danforth at this restaurant serving classics like manti dumplings, pide, doner and kebabs.

This Filipino restaurant has moved to its new home at 5 Brock Ave. opened up where Superfly used to be and you can now enjoy weekend brunch during the day and cocktails in the evening.

Caribbean fusion cuisine is now available in Moss Park at this unassuming little eatery with a decent range of options on the menu.