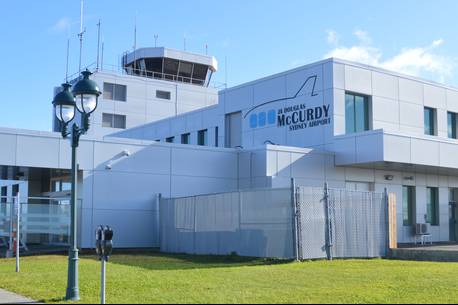 Sydney will soon have an airport with no flights.

“This is a major blow that is absolutely catastrophic to Cape Breton Island,” said Mike MacKinnon in a press release. “Our airport has been cut through cuts in air services on several occasions since the pandemic began, and now this announcement, in addition to the recent WestJet route suspensions, is the final nail in the coffin for air service to / from our community for the foreseeable future. ”

In previous reports in the Cape Breton Post, MacKinnon expressed the aviation industry’s need for help during the pandemic.

Although there have been some encouraging signs that the aviation sector and small airports have received some attention in the federal government’s fall economic statement announced Nov. 30, MacKinnon said it failed to address the urgent needs of Canadian airlines and left a gaping hole left behind. “Airports are nothing without passengers and airlines. Our airline partners need deeper industry-specific support to help them cope with this crisis,” he said.

MacKinnon said the second largest city in Nova Scotia and the entire island of Cape Breton will be left with no commercial air service and this news is devastating to Cape Breton.

In previous reports, MacKinnon has highlighted the need for quick COVID-19 testing to keep people comfortable and safe while flying.

“Nothing has been done to safely remove some of the barriers to domestic travel that exist in our region. We need testing,” he said. “We watched the industry collapse route by route and station by station. To see this situation unfold as our airports wave their arms and seek help to stop our regional air connectivity from disintegrating is a tough blow. “

MacKinnon said he remains hopeful that the airport can be resumed after hibernation, but knows this will take a coordinated approach, with help from the province, to run tests and federal government funding for them airline Partner.

On Tuesday, Nova Scotia Health announced that it had identified potential exposure to COVID-19 on December 4 on Air Canada Toronto’s flight 8210 to Sydney.

Sharon-Montgomery-Dupe is the corporate reporter for the Cape Breton Post.