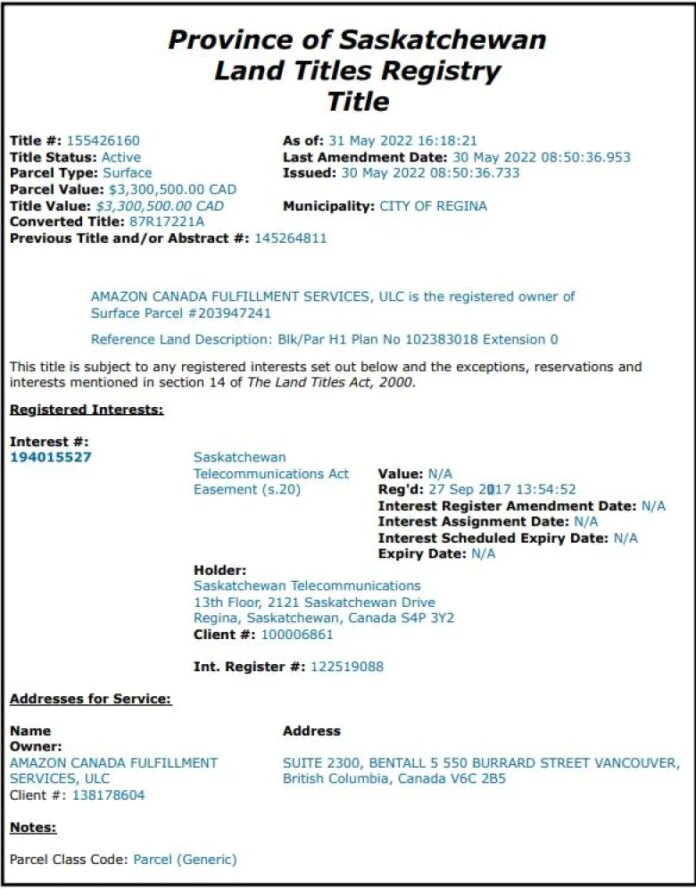 Amazon Canada has purchased more than 14 acres of land at the Global Transportation Hub (GTH) west of Regina, CBC learned.

Documents show that Amazon Canada Fulfillment Services ULC purchased 14.35 acres of land at GTH from Healthcare of Ontario Pension Plan (HOOPP) Realty for $3.3 million on May 30, 2022.

HOOPP Realty is a Toronto-based company specializing in healthcare worker retirement plans in Ontario. Documents show it has owned this piece of GTH since 2014.

GTH has been plagued by controversy since its inception in 2012, with land sales stalling.

In April, the province approved the sale of 247 acres of GTH land to Cargill for $38 million for a proposed canola press. This was the first sale of land at the hub since 2017. According to Cargill, construction will begin once the appropriate permits are obtained, and commissioning is planned for early 2024.

Approximately two-thirds of all land at GTH has been sold with 505 acres remaining.

Amazon currently has 14 fulfillment centers across the country, with the majority located in Ontario and British Columbia.

Recently, Amazon Canada expanded across the country, with job postings in Alberta, Ontario and British Columbia.

Amazon has grown steadily around the world, creating jobs and building fulfillment warehouses. Fortune magazine reported in 2022 that Amazon employs 1.6 million people worldwide, behind only Walmart, which employs more than 2.3 million.

Documents filed on May 6, 2022 show that Amazon Canada Fulfillment Services is registered with the Saskatchewan business registry. The Business Registry maintains information for all legal entities, businesses, and nonprofit organizations registered in the province of Saskatchewan. 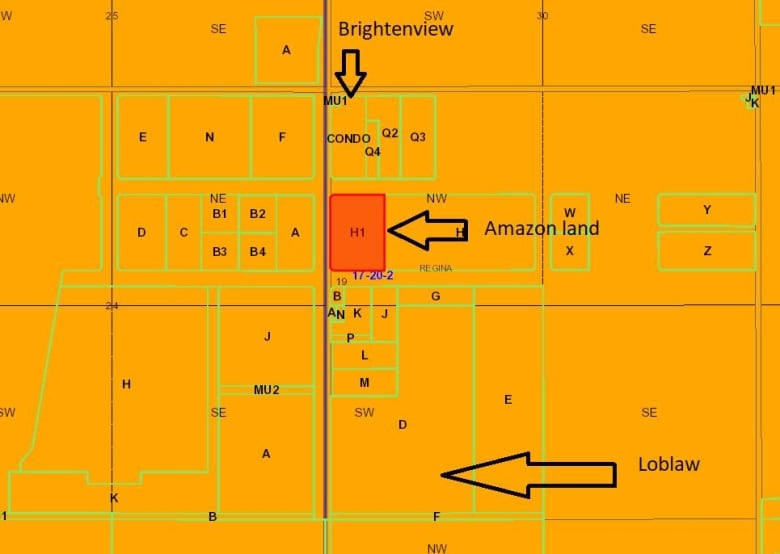 It is not known if or when work will begin on the site or how many jobs it could create in the city.

Asked for comment on the story, the city of Regina issued a statement.

“The City of Regina welcomes the continued growth of GTH and strongly supports job growth in the Regina area,” the statement said.

CBC News reached out to Amazon Canada but did not respond as of publication time.