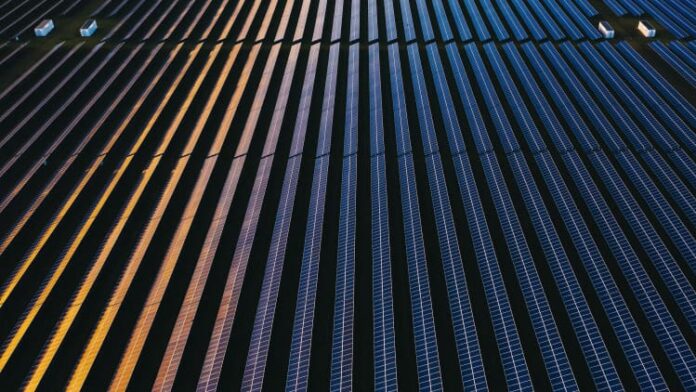 The pace of change in the modern world is often rapid and dizzying. Technologies that seem to be an integral part of our lives can, in a perceived instant, become redundant and irrelevant.

Energy is a sector where innovation and new ideas play a big role as countries and companies try to find ways to transition to a society based on renewable energies like wind and sun instead of fossil fuels like coal, oil and natural gas based.

During a panel discussion at the World Economic Forum in Davos, Switzerland last week, one analyst expressed concern that the market appears to have failed to learn from other technological revolutions.

Thomas Hohne-Sparborth, Head of Sustainability Research at Lombard Odier, highlighted the tremendous changes taking place in the field of low and zero-carbon technologies, and thus in society at large.

“We’ve seen past industrial revolutions, including past energy transitions,” said Hohne-Sparborth. “What we’re really seeing now is the complete transformation of our entire economy.”

“The demand side of our economy, the way we power vehicles, the way we heat our buildings, the way we use energy in industry – all of that needs to change.”

According to Hohne-Sparborth, we have “investment requirements in the billions in mind”.

When it comes to the energy transition, the sums that are being discussed are quite considerable. Last year, the International Energy Agency’s World Energy Outlook 2022 report said investment in clean energy could grow to over $2 trillion per year by 2030, an increase of over 50% from today.

During the discussion in Davos, moderated by CNBC’s Joumanna Bercetche, Hohne-Sparborth was asked if clean energy was now affordable at the scale required.

The answer to that question, he replied, was “changing very quickly, and today I would say yes, it has become the cheapest source of energy.”

“What I think the market as a whole is underestimating is simply the pace at which this transition is happening,” he added, explaining that lessons could be learned from history.

“We’ve looked a little at past technological revolutions, whether it was the introduction of steamships, of cell phones — every type of major new infrastructure technology.”

All of these transitions, Hohne-Sparborth argued, “usually followed a very similar pattern.

For Hohne-Sparborth, that didn’t seem to work out, “when a new, superior technology emerges that becomes cost-competitive, that introduction can happen very quickly.”

“We are facing… a dramatic change,” he said, adding that renewable energy is now “the cheapest form of energy in most cases.”

“The problem is capacity – how do you keep the lights on 24/7 – and that’s where you have to use lithium-ion batteries every day.”

He deepened his point of view and stressed the importance of adopting a variety of technologies.

“To really get to full decarbonization, we need green hydrogen, we’re probably going to need small modular nuclear weapons, and so on.”

“And I also very much agree that renewables have to be more than just competitive – just better, so that we can reduce costs, [and] qualitatively equivalent.”

“And honestly, that’s what the corporate sector and a lot of consumers are asking for a lot.”