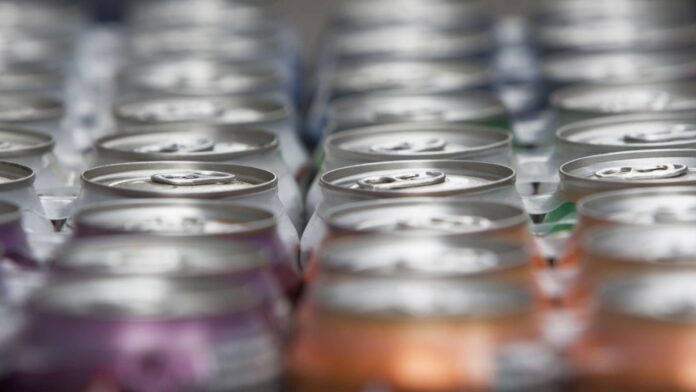 Business: crown ownership is a global leader in the design, manufacture and distribution of packaging products for consumer and industrial products. They operate in three segments: Beverages, which accounts for about 70% of earnings before interest, taxes, depreciation and amortization; transit packaging and groceries, both of which together make up the other about 30% of EBITDA. Their consumer packaging solutions primarily support the beverage and food industries through the sale of aluminum and steel cans. Their packaging for industrial products includes steel and plastic consumables and equipment, paper-based protective packaging, and plastic film consumables and equipment sold to the metal, food and beverage, construction, agriculture, corrugated and general industries.

Activist Comment: Carl Icahn is the grandfather of shareholder activism and a true pioneer of strategy. Although he’s not slowing down at all, he has reached an agreement with his son, Brett Icahn, to rejoin the company as a possible successor. Brett plans to use his father’s preferred approach of urging companies to make changes aimed at boosting their stock prices, though he hasn’t ruled out friendly bets either. This is not a departure from the strategy that Carl has been successful with for many years. It can be friendly (e.g. Apple, Netflix) or confrontational (e.g. Forest Labs, Biogen), often depending on management’s response. Brett is a formidable activist investor himself, not because he’s Carl’s son, but because he has a long track record of highly successful activist investing. The Sargon portfolio, which he once helped lead at Icahn, was worth around $7 billion and included highly profitable investments in companies such as Netflix Inc. and Apple Inc. The Sargon portfolio outperformed the market with an annualized return of 27% % clear. Before that, however, Brett started at Icahn in 2002 as an analyst and later oversaw campaigns such as Hain Celestial (280.3% return vs. 46.7% for the S&P500), Take-Two Interactive (81.5% vs. 64.5% for the S&P500) and Mentor Graphics (106.4% vs. 79.4% for the S&P500).

Crown operates in a consolidated global market that has only four scaled players worldwide and high barriers to entry – regional monopolies due to shipping costs, long-term contracts, and training and experience operating facilities. They have an accelerating growth profile, catalyzed by sustainability trends and changing consumer preferences: About 75% of new products are canned today, compared to about 30% in 2014. They also enjoy the downside protection of a non-cyclical product.

Crown boosted EBITDA during the pandemic as demand for aluminum cans surged as restaurants and bars closed and consumers bought canned cocktails and beer to consume at home. The company has outperformed its peers, including its main competitor Ball. Last week they saw the stock price plummet from $85.01 on Oct. 24 to $70.69 on Oct. 25 following their recent earnings release. They attributed their lowered financial outlook to inflation, high interest rates and unfavorable currency conversions. This underperformance is also due to faltering demand for canned beverages, which exploded during the pandemic and led to excess inventory.

The opportunity to create shareholder value here is relatively simple: Sell non-core businesses, buy back shares, and focus on the pure beverage business. The company announced it would acquire Signode, a shipping packaging company, for $3.9 billion in 2017 and may be reluctant to sell it now for less than that amount. However, there is great value in selling this business, the least of which is the proceeds they receive (within reason). It’s more valuable how they use those proceeds (ie, buy back stock in an undervalued, growing company). There’s also tremendous value in freeing up management to focus on core business, and there’s value in being a pure-play company and driving a market many times closer to its pure-play rivals Ball bring. As such, management shouldn’t focus so much on what it can get for Signode, but on what a sale will enable it to do in the future. Crown also operates an aerosol and food packaging business that makes cans for household products and snack foods, and still owns a minority stake in the European food can business. Icahn believes the company should sell all of those non-core assets and focus on its beverage can business, which has long-term tailwinds and is undervalued relative to its pure-play peers. Using cash flow to strengthen the balance sheet and repurchasing shares early would improve shareholder returns as Crown closes that valuation gap.

Icahn isn’t the only activist with a position at Crown. Impactive Capital first announced an interest in Crown in its 13F filing for Q1 2020, advocating that the company pursue the same opportunities that Icahn advocates – divestitures of non-core assets and share repurchases. Shortly after Impactive took its position, Crown announced a strategic review of its portfolio and capital allocation priorities. This led to the 80% divestment of the company’s European canning business in 2021. But there is clearly more portfolio simplification possible here. Impactive always has an environmental, social and governance thesis in its investments and looks for situations where positive ESG improvements can add value. This situation is no exception. Focusing on the growing market for aluminum cans to replace plastic and glass is not only good for Crown, it’s also good for the environment. Because aluminum’s inherent properties do not change with use or recycling, cans are 100% recyclable multiple times.

It’s important to note that there is a lot of value here regardless of who is on the management team. I wouldn’t assume Icahn or Impactive would want to see a change in management here. But if management isn’t up to the task, that’s always a possibility. Speaking on a recent conference call, Crown CEO Timothy Donahue said, “People never like to say we’re surprised, but I think we really were.” If you’re a surprised CEO, the last thing you want is Carl Icahn on your share appears.