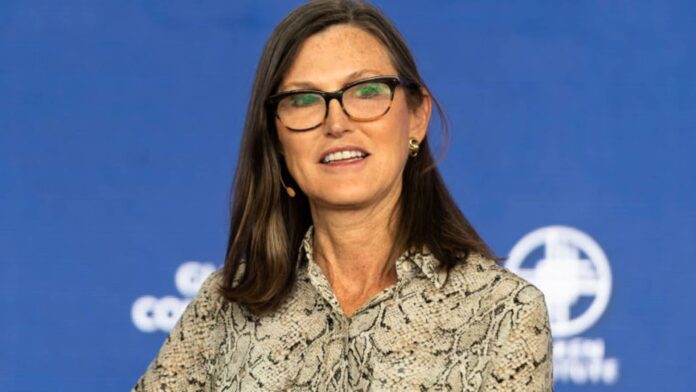 Cathie Wood’s flagship ARK Innovation ETF staged a dramatic recovery rally on Thursday amid slowing inflation. The fund had its best day ever.

The exchange-traded fund, which has $6.9 billion in assets under management, is up more than 14%, its biggest daily jump since its inception in 2014.

Largest participation by ARKK zoom video slammed 14% while Tesla 7% up. Year advanced by more than 15%. Teladoc 15% up. Unit, Invite and Pacific Life Sciences all were trading down over 20% on Thursday.

Wood’s disruptive darlings have been hit particularly hard this year as rising interest rates made growth stocks unattractive. These stocks could see a big rebound if easing price pressures prompt the Federal Reserve to scale back its aggressive tightening efforts.

The innovation investor has been talking of deflation for some time, betting the high prices were caused by the temporary Covid-related supply problem. Wood recently said her belief in deflation has increased and Thursday’s CPI report may signal that the trend has started to move in her direction.

She told investors in a webinar on Tuesday that inflation will be affected by companies cutting prices due to excess inventory around the holiday season.

ARKK, managed solely by Wood, is still down 61% this year. The innovation investor has doubled on a number of her favorite stocks this week, undeterred by the turmoil in many of those names.

Wood bought shares in six companies on Wednesday, including her largest holdings in Zoom and Tesla. The investor has increased her stake in Coinbase for two consecutive days despite the potential collapse of popular crypto exchange FTX.

Tesla, ARKK’s second-biggest holding, is still down more than 16% in November alone as Elon Musk rushed to sell billions of dollars worth of stock to fund his acquisition of Twitter.