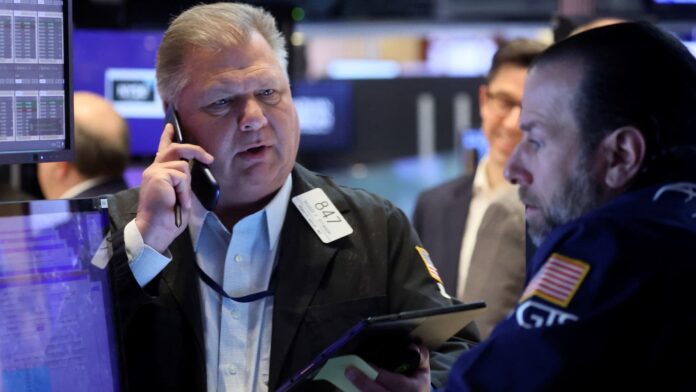 Goldman Sachs is trimming its business in the once red-hot SPACs as blank check deals have been caught in a double whammy of regulatory crackdowns and a tough market environment.

“We are reducing our exposure to the SPAC business in response to the changing regulatory environment,” Maeve DuVally, a spokeswoman for Goldman, told CNBC.

Bloomberg News first reported Goldman’s moves on Monday. The outlet reported that the company is ending its collaboration with some sponsors while also pausing the reissuance, citing people familiar with the matter.

The Securities and Exchange Commission introduced a new set of rules for SPACs in March that would represent one of the broadest attempts yet to crack down on blank check companies. The proposed rules would change the safe harbor rules and leave SPACs open to investor lawsuits over overly rosy business prospects.

The so-called safe harbor protection allows some blank check companies to make optimistic forward-looking statements about the companies they intend to merge with.

“Part of the appeal of the SPAC market and what differentiates SPACs from IPOs is the safe harbor protection,” said Perrie Weiner, partner at Baker McKenzie LLP.

“You don’t typically go public through a de-SPAC M&A when you’re a company that’s been around for a long time and has a long track record. It’s usually a younger company that doesn’t have quite the same track record but shows a lot of promise going forward,” Weiner said. “The SEC is trying to limit that. From an underwriter’s perspective, the big guys are going to be a little more concerned about protection from losses to avoid liability.”

Meanwhile, SPACs – which are often speculative stocks with low yields – have been crushed this year amid rising interest rates and heightened market volatility. The proprietary CNBC SPAC Post Deal Index, which consists of SPACs that have completed their mergers and taken their target companies public, is down more than 40% year-to-date.

SPACs, or special purpose acquisition companies, raise capital in an IPO and use the money to merge with a private company and take it public, usually within two years.

After a year of emissions explosion in 2021, more than 600 SPACs are now looking for an acquisition target, according to SPAC Research. As the market environment got tougher, some announced deals stalled. Many sponsors were forced to scrap their proposed deals, sometimes even before the SPACs were listed.