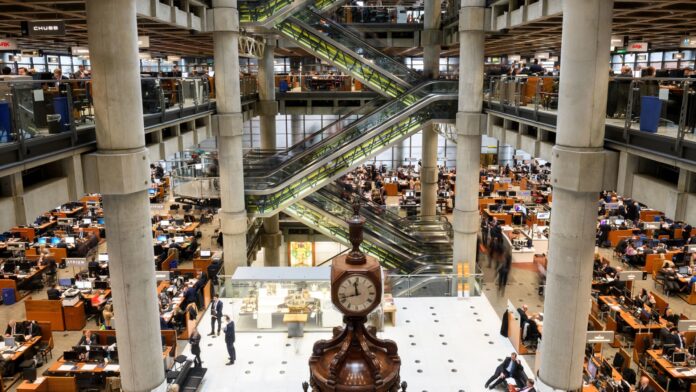 The interior of Lloyd’s of London, the centuries-old insurance marketplace, is pictured in central London April 27, 2016.

LONDON — Lloyd’s of London, the British insurance giant, has slapped one of its member companies with a record £1.05million ($1.38million) fine for misconduct, including allowing an annual inappropriate “boys night out” for several years .

Lloyd’s said in a no-confidence letter released on Wednesday that its consortium member firm Atrium Underwriters had accepted three charges of “harmful conduct”.

One of the charges was for “sanctioning and tolerating an annual ‘boys’ night out’ over a period of several years through 2018 in which some male employees (including two senior executives) acted unprofessionally and engaged in inappropriate behavior.”

“No appropriate steps were taken”

Lloyd’s has also sued Atrium for failing to inform the insurer of the facts surrounding the misconduct of one of its employees, referred to in the document as “Employee A”.

In addition, the statement said that the conduct of staff member A Atrium was known, “but no reasonable steps had been taken to deal with it”.

“Employee A’s behavior involved a systematic campaign of bullying against a junior employee over a number of years,” Lloyd’s said, adding that Atrium failed to protect the junior employee when it learned of the bullying.

Lloyd’s said that Atrium did not acknowledge or challenge Employee A’s conduct, “motivated in part by senior managers’ desire to protect Atrium from bad publicity”.

The employee who complained about Employee A was also instructed not to speak about Atrium’s investigation into the misconduct or the allegations made.

The notice states that Lloyd’s Enforcement Board accepted a 30% rebate on what would otherwise have been £1.5m fine because Atrium had settled this case at the “earliest opportunity”. Despite this, Lloyd’s said in a separate statement that it was still the largest fine ever imposed in its 336-year history.

Lloyd’s CEO John Neal said the company was “deeply disappointed by the behavior highlighted by this case and I want to make it clear that discrimination, harassment and bullying have no place at Lloyd’s”.

He said that all Lloyd’s employees “should expect to work in a culture where they feel safe, valued and respected”.

An independent survey of workers at Lloyd’s Market, published in September 2019, found that 8% had witnessed sexual harassment in the past year, but only 45% said they felt comfortable raising their concerns.

The survey was commissioned by Lloyd’s following reports of sexual harassment within the company. It was also found that 22% of respondents have seen people in their organization turn a blind eye to inappropriate behavior.