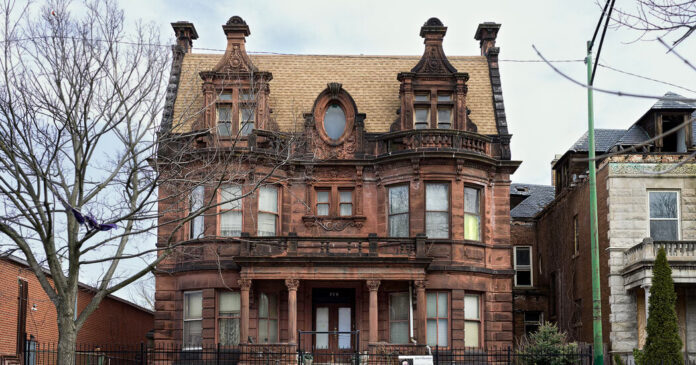 Historians point to a number of obvious problems with cow history: If a cow did indeed knock over a lantern while Mrs. O’Leary was milking it, why should she leave the barn and go back inside after the fire broke out? ? Why didn’t she yell for help? Why shouldn’t she try to save her cows or the barn?

So where does the cow story come from?

Ann Durkin Keating, a history professor at North Central College in Naperville, Illinois who specializes in Chicago history, said the cow story caught on because of the sentiment against Irish and immigrants – and it all started with a rogue reporter.

More than 20 years after the fire, Michael Ahern, who was a reporter for The Chicago Republican at the time, admitted that he made up the cow story because it led to a better story. Mrs. O’Leary had no name involved in his story, but Mrs. Keating said Catherine O’Leary – an Irish immigrant – was an all too convenient scapegoat.

“They blame the O’Learys within 48 hours,” said Ms. Keating. “Woman. Especially O’Leary. They were looking for a scapegoat, and she was Irish and a woman.”

Newspapers published cartoons depicting Mrs. O’Leary as clumsy, ignorant and, in one case, a “drunk old witch”. They relied on ethnic stereotypes in mocking the stupidity of the “old Irish woman” who “swore she would take revenge on a city that would refuse her a piece of wood or a pound of bacon”.

(And that O’Leary’s house survived the fire while much of the rest of the neighborhood burned down didn’t help, Ms. Keating said.)

In 1997 the Chicago City Council passed a resolution exonerating Ms. O’Leary and her cow. But it was far too late for Catherine, who never had herself photographed and, according to her doctor, bore the burden of guilt and notoriety until she died in 1895.