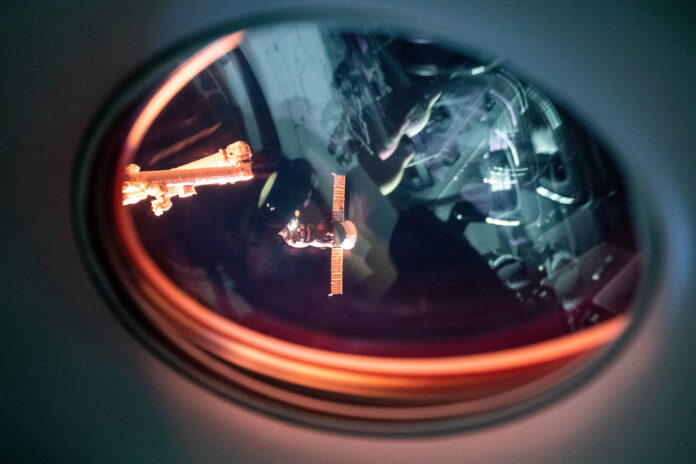 For more than two decades, the space agencies of the United States and Russia have been partners on the International Space Station — but the invasion of Ukraine threatens to end that long-standing collaboration.

“The ISS program has lived an enchanting life” and “overcame all sorts of political and technical problems,” but “we now face our greatest challenge,” Jeff Manber, president of Voyager Space, told CNBC.

Manber has extensive experience in the two countries’ space businesses, dating back to the 1990s when he ran the US subsidiary of Russian manufacturer Energia. He doesn’t think the partnership is in immediate jeopardy, but noted that Russia’s Roscosmos space agency will not renew its role beyond 2024, even as the US prepares to extend operations into 2030.

“The challenge of post-2024 renewal has never been greater,” Manber said.

For now, NASA said in a statement that the agency “continues to work with all of our international partners, including State Space Corporation Roscosmos, for the continued safe operations of the International Space Station.” There are currently seven people on board the ISS: five astronauts – four Americans and one German – and two Russian cosmonauts.

President Joe Biden announced sweeping economic sanctions against Russia on Thursday afternoon, specifically mentioning that the penalties “will adversely affect its aerospace industry, including the space program.” Biden did not specifically refer to the ISS partnership in his speech, and NASA’s statement said, “The new export control measures will continue to enable US-Russia cooperation in civilian space.”

“No changes are planned to the agency’s support for ongoing in-orbit operations and ground stations,” NASA said.

A Soyuz 2 rocket launches 36 OneWeb satellites from the Vostochny Cosmodrome, Russia on March 25, 2020.

The ISS is physically divided into two sections: the United States orbital segment and the Russian Federation orbital segment. The US and Russia continuously staff the research lab with astronauts and cosmonauts, with the roles of each country segment being interdependent – ​​from life support systems to the engines that keep the ISS in orbit.

“It would be a major technical challenge to continue operating the International Space Station without the Russian contributions,” stressed Manber. He also noted that it is “true” that without Russia, operating the ISS would be very costly, probably in the tens of billions of dollars.

The future of the ISS, with or without Russia, depends on Congressional approval, which is also a potential hurdle following events in Europe. The ISS has historically enjoyed strong support from key figures in Congress, and prior to the invasion of Russia, many in the space industry expected it to remain operational through 2030.

However, Manber stressed that the recent statements by Dmitry Rogozin, the head of Russia’s space agency, could be subject to scrutiny by Congress. In a series of tweets, Rogozin responded to Biden’s sanctions announcement by asking whether Russia would continue collaborating on the ISS until early 2023, adding that US sanctions could lead to “monstrous consequences” such as leaving the Orbit of the ISS.

“Dmitry is a colorful guy… he’s a very loyal politician to Putin and his country,” Manber said, but “if he continues to tweet political comments about this current situation, it could put the space agencies in the political arena… And Congress could look at that and say, “Why the hell are we working with this agency?” “

The ISS mystery has already caught the attention of Rep. Dan Crenshaw, R-Texas, who does not typically comment on space issues. He tweeted that it was “time to replace the Russians on the International Space Station”.

Manber also pointed out that European partners have long been “the main supporters of cooperation with Russia” when it comes to space. “But if the Germans and the French and the Italians and others tremble through the winter of 2024, they will not be sympathetic to cooperation with Russia,” he said, citing that nation’s dependence on Russia for energy supplies.

Russia and Ukraine each play a major role in the global space industry, buying and selling everything from rockets to spacecraft components.

“The major manufacturers in Russia rely on Western electronic components for the launch vehicles and other components of their contribution to the ISS,” Manber said. “It works without it [the Biden administration] to think about it [these sanctions] could force Russia to withdraw from the ISS program.”

US companies also produce in Ukraine, for example Northrop Grumman’s Antares rocket. The Antares first stage will be built and assembled in Ukraine, and the rocket will be powered by Russian-built RD-181 engines.

Northrop Grumman did not respond to CNBC’s requests for comment about possible disruptions to Antares’ supply chain, but the company has previously warned shareholders in disclosures that “unstable geopolitical conditions, including in Russia and Ukraine,” are among its risks.

The burgeoning space industry in the US has also “gated on” foreign entrepreneurs and investors, Manber said, with both space transportation company Momentus and launch company Firefly Aerospace falling under the United States Committee on Foreign Investments (CFIUS) scrutiny. . In the case of Momentus, Russian founder Mikhail Kokorich was forced to divest his entire ownership of the company, and Firefly’s key backer, Ukrainian investor Max Polyakov, said earlier this month that he was bought out by CFIUS and the US private equity firm AE Industrial Partners is expected to acquire “a significant stake” from Polyakov’s Noosphere Ventures.

“With Momentus and Firefly, the United States has taken very strict measures to ensure that those they deem undesirable are not involved and are offering space services to the United States government,” Manber said. “Today’s crisis will only add to concerns among American authorities about who is involved in the commercial arena.”

For nine years, the US relied solely on Russia to transport astronauts to the ISS after the Space Shuttle retired. That dependency changed dramatically in 2020, however, when SpaceX’s Crew Dragon spacecraft delivered a pair of NASA astronauts as part of the agency’s Commercial Crew program, beginning the company’s current regular flights to the ISS.

“Commercial crew is priceless,” Manber said. “Can you imagine relying on Russia today to carry our astronauts and cargo as much as we do?”

Retired NASA astronaut Terry Virts was among those who flew on the Russian Soyuz spacecraft during the gap in US access to the ISS. Virts tweeted an image of Russia’s 2015 bombing of Ukraine, taken from the space station the year after Crimea was annexed in 2014, and recalled his experience in an interview with CNBC.

“Bombs look red at night from space, I can tell you that – and you could see them flash,” Virts said.

“I’m afraid we’re reaching a red line that needs to be discussed openly. If you say out loud what Putin did, we need to discuss that red line,” Virts added.

Roscosmos has yet to fly a cosmonaut on SpaceX’s Crew Dragon, but agencies have been working toward an agreement that would see Russian Anna Kikina flying on the Crew 5 mission later this year. As part of a swap deal, a NASA astronaut will fly on a future Soyuz mission. Manber said he expects NASA would be happy to push this further, although it’s another part of the partnership at risk.

“The question will be … how much pressure will Congress put on NASA,” Manber said.

The potential for the ISS not being able to last beyond 2024 means NASA and the space industry are now “faced with the very real possibility of a space station gap,” Manber said.

Late last year, NASA awarded contracts worth over $400 million for the early development of three private space stations as part of the Commercial LEO Destinations (CLD) project. Specifically, Manber is part of Voyager Space, the controlling shareholder of XO Markets, the parent company of Nanoracks, one of the three contract winners developing a space station called Starlab.

“We need to accelerate federal funding and make sure it has the full support of Congress lest we back down [low Earth orbit] to the Russians and the Chinese,” Manber said.