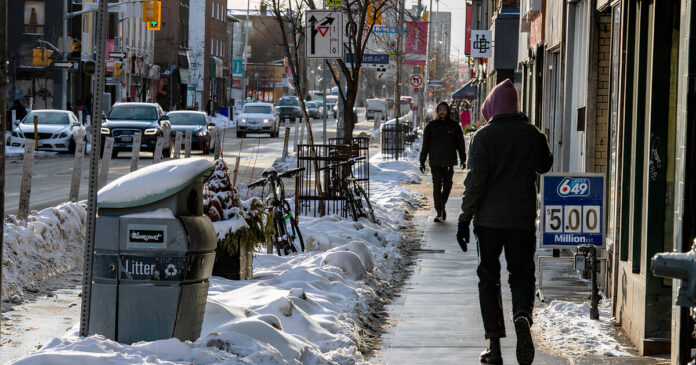 Just like in past iterations of lockdown, Premier Doug Ford and his team are apparently considering moving Ontario into the next phase of its new reopening plan sooner than originally outlined.

According to the timeline that the government announced at the end of January following another stint of economic closures, the first phase of reopening — which we entered on Jan. 31 — is set last until 12:01 am on Feb. 21.

After another 21 days in phase two, the third and final phase is due to start on March 14, which will kick off the closest thing to normalcy that residents have had in some time.

But, according to insider sources per CTV News, Ford is looking at changing up the schedule to loosen restrictions sooner, and is set to assess a way to expedite the process at a cabinet meeting on Friday — which could mean a new announcement as soon as that afternoon.

This news comes only one day after the province’s Minister of Health, Christine Elliott, said the administration has “already set out our opening timelines” and intends to stick to that path, at least when it comes to removing measures like masking and proof-of -vaccination mandates, which are not amended or mentioned at all in the plan as is.

Fervent discussion on the topic has been spawned largely by the recent lifting of essentially all COVID-19 measures in provinces like Saskatchewan and Alberta as protests against stringent health restrictions wage on in Ottawa.

Good, let AB and SK be the test bed for if it’s time or not within Canada

If things are indeed expedited as rumoured, the public could be enjoying the complete nixing of capacity limits in certain businesses where passport vaccines are required, the withdrawal of the 500-person limit at largescale events, and increased social gathering limits of 25 people inside and 100 people out, among other changes, before the Feb. 21 date.