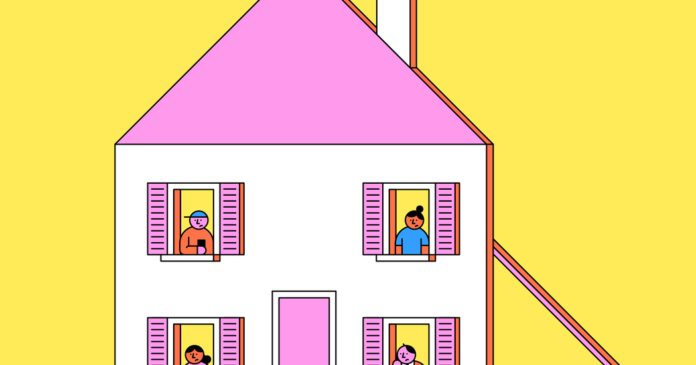 Millions of American homebuyers have turned to risky and generally more expensive alternative financing, in part because even creditworthy buyers may struggle to find traditional mortgages for cheaper homes, new research suggests.

According to a recent survey by the Pew Charitable Trusts, one in 15 current home borrowers, or about seven million Americans, uses alternative financing, including arrangements where they make payments directly to the seller rather than to a lender. The survey also found that use of alternative financing was highest among Hispanic borrowers and those with annual incomes of less than $50,000.

The financing agreements often lack the consumer protections available with traditional home loans and are lightly regulated by a patchwork of federal and state regulations, said Tara Roche, manager of Pew’s home financing project. Adding to the confusion among buyers is that the agreements may have different names in different parts of the country.

The size of the alternative financing market is unclear as there is no systematic national collection of data on such purchases, Ms Roche said. In many states, the agreements do not have to be entered in a public register like traditional mortgage purchases.

When the Home Financing Project conducted a national survey of about 5,000 adults in June, the number who said they had used alternative financing was much higher than expected.

“We were very surprised to see that 36 million people in the United States have used alternative financing,” said Ms. Roche.

Most Americans need mortgages to pay for their homes. But in some cases, people — or the homes they want to buy — may not qualify for a traditional mortgage. In other cases, some eligible borrowers may be pushed to alternative financing because of the difficulty in finding traditional mortgages for amounts under $150,000, Pew said. Lenders have little incentive to make small loans because larger loans are more profitable.

Pew noted that the most common type of alternative financing is personal property or furniture loans, often used to purchase manufactured homes (formerly called mobile homes). The loans are similar to traditional mortgages, but often come with much higher interest rates and shorter terms, resulting in higher monthly payments and more interest paid over the life of the loan compared to home borrowers who receive mortgages. Because the loans are not considered traditional mortgages, they are not subject to foreclosure rules, and lenders can often quickly repossess homes if a borrower defaults.

With furniture loans, the borrower typically buys the structure but leases the land underneath. Landowners — increasingly professional investors — can raise rents to levels that the borrower cannot afford, resulting in default.

In a common type of seller-financed arrangement, known as a “deed of sale” or land deed, the seller extends credit directly to the buyer, who typically does not receive the title deed until the loan is paid. Because buyers lack proof of ownership, their payments may not create equity in the property, and it may not be clear who is responsible for taxes and repairs. The loans typically lack foreclosure protection, so buyers who default on payments can risk eviction and the loss of their investment if they miss a payment.

“They come with a very high level of risk,” said Mike Calhoun, president of the Center for Responsible Lending. “They’re almost always a terrible idea.”

Real estate prices have skyrocketed due to a lack of available real estate and now mortgage rates are rising. The average interest rate on a 30-year fixed-rate home loan hit 5 percent in mid-April, the highest in more than a decade. Rising interest rates and prices combined with tight inventories “make the pursuit of homeownership the most expensive in a generation,” said mortgage finance giant Freddie Mac.

Prefab homes offer a large pool of unsubsidized, affordable housing, but risky financing and land ownership challenges may undermine their potential as a solution to the housing shortage, Ms Roche said.

The industry needs “more careful monitoring and regulation,” Mr Calhoun said, if it is to be a viable “mainstream” alternative.

Here are some questions and answers about alternative home financing:

Pew said more research is needed to quantify how often homebuyers are able to secure ownership of their homes when they don’t use traditional financing. In a separate report, Pew said that “virtually nothing is known about the proportion of families who actually own their homes when they take advantage of these arrangements.” But it also said that the available evidence “clearly points to common poor outcomes.” . For example, a 2012 study that focused on low-income settlements in Texas found that fewer than 20 percent of contract buyers made the transition to a deed.

How can I protect myself with alternative financing?

If you’re considering purchasing with alternative financing, you should always look for other options, Mr. Calhoun said. Some buyers may feel intimidated by seeking financing from a traditional lender, but it’s best to start there, he said: “Check with your bank or credit union.”

Purchases that include both a manufactured home and the land underneath may be eligible for traditional mortgages, Mr. Calhoun noted. “People have to compare,” he said.

(More than a quarter of home borrowers own the land beneath their homes and may be eligible for mortgages, Pew’s report says, though they may have to jump through legal hurdles in some states.)

Sarah Bolling Mancini, an attorney with the National Consumer Law Center, said agreements like land contracts carry significant risks. One way borrowers can protect themselves is by filing an affidavit or copy of the finance agreement with a local land registry or county clerk’s office to document their financial interest in the property. Those affected can do this themselves or they can take advantage of inexpensive or free legal aid. The federal government offers an online search.

What is the difference between a prefab house and a mobile home?

While many people use the terms interchangeably, prefab homes are factory-built homes manufactured after mid-1976 that meet building and safety standards set by the Department of Housing and Urban Development, according to the Consumer Financial Protection Bureau. Mobile homes were built before 1976. The industry produces about 90,000 factory-made homes a year, says the Manufactured Housing Institute, a trade group.