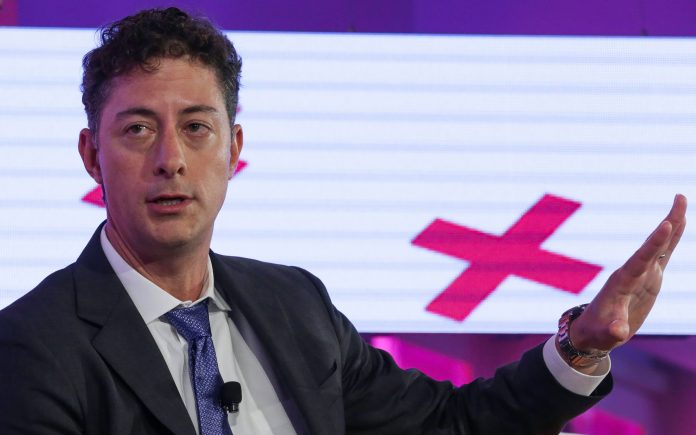 Starboard Value encountered an unexpected stumbling block in its AECOM activist campaign when a member of the hedge fund stepped down from the infrastructure company’s board of directors that summer. Peter Feld resigned from the AECOM board in protest against the promotion of CFO Troy Rudd to chief executive officer in June.

That catch didn’t hurt Starboard’s overall return on its AECOM investment, however. Since joining the company, AECOM shares have risen more than 40%, slightly outperforming the broader market during that time.

Activist Comment: Starboard is a very successful activist investor and has extensive operational experience to help boards and management teams run businesses more efficiently and improve margins. This is their 100th 13D filing, and in those 100 filings, they’ve achieved an average return of 27.95% versus 11.24% for the S&P500. Their average 13D hold time is 17.5 months.

Starboard filed this 13D on November 30th because it exceeded 5% of the shares. However, they have been an active owner of the stock since June 2019 and have already carried out much of their activist campaign.

13D filings often mark the start of an activist campaign, but not here. Starboard has been with this company since June 2019 and has already achieved a lot of value-adding activism that is evident in the share price. The main reason they filed this 13D is because the shares in issue fell to get them above the 5% threshold and they haven’t bought a significant amount of shares since the third quarter of 2020.

When they first got involved, AECOM consisted of three companies: (1) The Design and Consulting Services (“DCS”) – one of the world’s largest engineering and design companies with market-leading franchises in the water and transportation industries; (2) Management Services (“MS”), a US federal contractor supporting the defense and energy departments; and (3) Construction Services (“CS”), a construction and civil engineering franchise with leadership positions in NY and California and the national sports arena construction market.

Starboard requested AECOM to divest the non-core businesses (MS and CS) and focus on core business (DCS) operations, which Starboard saw as an opportunity for operational improvement. The DCS business recorded an EBITDA margin gap of 310 basis points over its closest competitors. Starboard saw opportunities to manage delivery margin, address increased non-billable employee costs and other corporate costs, and focus on selling its suite of services for customers.

By agreement on November 22, 2019, Peter A. Feld, Robert G. Card and Jacqueline C. Hinman were appointed to the Management Board. On January 31, AECOM sold the MS business to affiliates of American Securities and Lindsay Goldberg for $ 2.405 billion. In the first quarter of 2020, the company reorganized its operating and reporting structure, which resulted in the suspension of certain businesses within the former CS segment.

But just as strategic activism ended and DCS operational activism began, Starboard’s activism hit a snag. On June 12, Feld resigned as director of the company because he disapproved of the board of directors in connection with the CEO search process. While Feld has been replaced by a Starboard officer – and Starboard still has three directors on the board – they do their best activist work when a Starboard director is one of the company’s directors. Additionally, his resignation is a signal that Starboard’s board members have not been as compelling here as they generally are to get most of the board on their side.

While this wasn’t a smooth activist campaign for Starboard, it didn’t materially detract from their ability to create value. When they first announced their position, the stock was trading at $ 36.54 per share. Today it is trading at $ 51.89, which is a 42.01% return for Starboard at a time when the S&P500 only returned 22.59%.

Ken Squire is the founder and president of 13D Monitor, an institutional shareholder activism research service, and the founder and portfolio manager of the 13D Activist Fund, a mutual fund that invests in a portfolio of 13D activist assets.