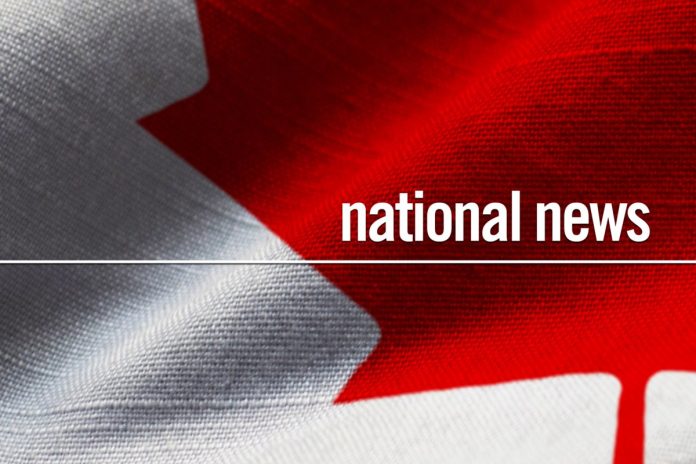 The latest news on COVID-19 developments in Canada (all times east):

It is the fourth day in a row that the province has recorded new case numbers over 1,800.

Alberta has 600 people hospitalized with COVID-19, 100 of whom are in intensive care.

The school in question will now be closed until December 10th.

The new diagnosis brings the number of new cases reported in the province today to five.

New Brunswick today reports four new cases of COVID-19 as it removes some health restrictions in the Fredericton and Moncton areas. Health officials say the regions were brought back to the yellow value as the COVID-19 caseload dropped and residents followed health protocols. However, they say that stricter restrictions remain in the Saint John area, where the number of active cases remains stubbornly high. The number of confirmed cases in New Brunswick reached 534, of which seven died and 445 recovered. The number of active cases is 82.

Nunavut today reports two new cases of COVID-19, a marked turnaround from the previous week when the daily average number of new cases was seven.

The two most recent diagnoses are in Arviat, where a total of 174 cases have occurred in the community of 2,600 since the first case last month.

According to official information, 46 of them remain active. The only other community in Nunavut with active cases is Whale Cove, which currently has five patients.

Prince Edward Island has announced a two-week breaker to take control of rising COVID-19 cases. From Monday morning until December 21st, indoor dining is prohibited and there are no organized or recreational team sports. Gyms, libraries, bingo halls and casinos will also be closed, retail stores will have to limit capacity to 50 percent, and weddings and funerals will be limited to 10 people without officials. Organized gatherings, including church services, can only have 10 people, whether indoors or outdoors. Schools remain open, with the exception of four high schools in the Charlottetown area.

Saskatchewan reports 415 new COVID-19 cases and four more deaths. The province says that two of the people who died were in their sixties and were from Regina and the high northern zones, while the other two were in their seventies and were from the southern zone. Her death brings the provincial total since the pandemic started to 59. Saskatchewan reports 135 people with COVID-19 are in hospital, 26 of whom are being treated in intensive care.

Health officials say many of the deaths are related to outbreaks in nursing homes and affect patients who are between 60 and 90 years old.

But the province says one was a man in his twenties who lived in the Winnipeg area. According to the government, there are 348 people in the hospital with COVID-19, 43 of whom are being treated in the intensive care unit. To date there have been 395 COVID-19 deaths in Manitoba.

Health officials in Newfoundland and Labrador are reporting four new cases of COVID-19, three of which are men who recently returned to the province from Alberta.

The fourth case concerns a man from the central region who was in close contact with an earlier case.

The three travel-related cases include two men in their forties, one non-Newfoundland and Labrador, and a third man in their sixties from the central region.

The province now has 30 active cases of COVID-19, despite 317 people having recovered from the virus.

All new cases were recorded in the central zone, which includes Halifax.

To date, the province has dealt with 88 active cases, even though no one has been hospitalized with the virus.

One of the new cases involves travel outside of Atlantic Canada, the other three are still under investigation.

Quebec today reports 1,691 new cases of COVID-19 and 24 more deaths related to the virus, 10 of which have occurred in the past 24 hours. The province has recorded a total of 151,599 cases and 7,255 deaths since the pandemic began. Hospital admissions rose 24 today to a total of 778 across Quebec. Of these, 102 people are in the intensive care unit, an increase of six from the day before.

For the second year in a row, Ontario has set a new daily high for new COVID-19 cases.

The province today reports 1,924 new diagnoses, beating the high of 1,859 recorded on Saturday.

There have also been 15 new virus-related deaths in the past 24 hours.

The record breaking weekend is just around the corner as three provincial health regions – Middlesex-London, Thunder Bay and Haliburton Kawartha Pine Ridge – prepare to take a step up in the province’s color-coded pandemic response plan on Monday.

This Canadian press report was first published on December 6, 2020.