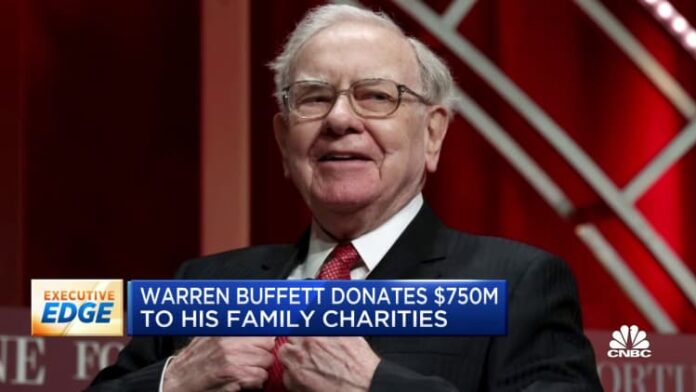 Warren Buffett donated more than $750 million in Berkshire Hathaway stock to four foundations linked to his family on Thanksgiving eve, and the legendary investor said the timing was no coincidence as it was his way of giving to his children thank you for your charitable work.

“I’m personally proud of how my kids have turned out,” Buffett told CNBC’s Becky Quick. “I feel good because they know I’m comfortable with them. That’s the ultimate affirmation of my kids, and it’s the ultimate statement that my kids don’t want to be dynastically rich.”

This time, the recipients did not include the Bill & Melinda Gates Foundation. The “Oracle of Omaha” has vowed to give away his fortune over time and has been donating to the same five charities annually since 2006.