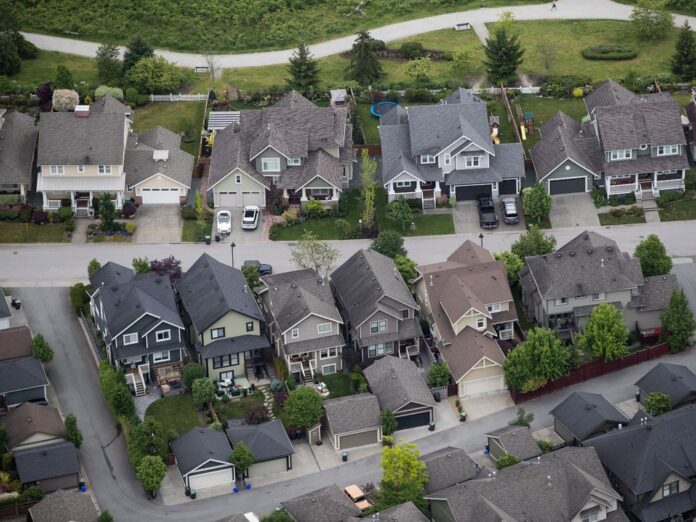 The Bank of Canada’s move to raise its policy rate by 50 basis points on Wednesday will be quickly noticed by adjustable-rate mortgage holders and Canadians who hold a home equity line of credit, but if inflation continues and rates need to rise faster — something the key The boss the bank acknowledged there was a possibility — the impact likely won’t stop there.

The Royal Bank of Canada and Toronto-Dominion Bank were the first of the Big Six to react to the changing interest rate environment, raising interest rates by 50 basis points to 3.20 percent from Thursday, followed by Scotiabank and CIBC.

But the waves of rate hikes could extend beyond mortgage carrying costs.

James Laird, co-founder of Ratehub.ca, noted that higher mortgage rates are likely to put pressure on house prices across the country. The national average home price reached $816,720 in February, according to figures from the Canadian Real Estate Association.

And here more pressure could be on Canadian homeowners, as Bank of Canada Governor Tiff Macklem said he was prepared to make interest rate policy more aggressive depending on how the economy recovers and the outlook for inflation, which was at 30 years high of 5.7 percent in February readings.

“If demand reacts quickly to higher interest rates and inflationary pressures are moderate, it may be appropriate to pause our tightening once we approach neutral and take stock,” Macklem told reporters during a news conference on Wednesday. “On the other hand, we may need to keep interest rates slightly above neutral for a period to rebalance demand and supply and bring inflation back to target.”

The Bank of Canada estimates that a neutral interest rate is between 2 and 3 percent. Macklem suggested the reference rate could rise above this area, potentially taking the overnight rate to 3.25 percent.