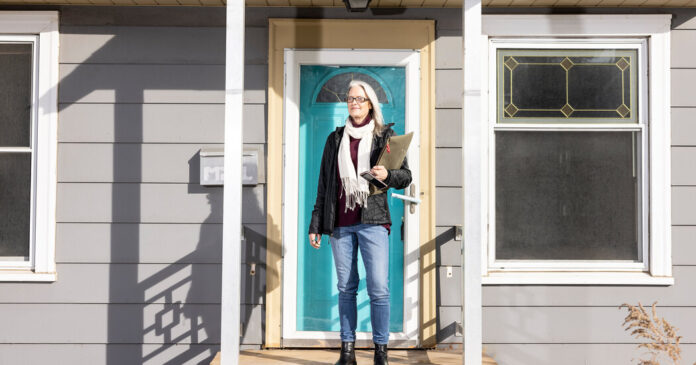 Like Mr. Cooper, many new agents stick to their old jobs. Ms. Bieganek said she still waits tables at a restaurant two or three nights a week but hopes to move full-time into real estate in a few years. Ms Gwin said she continues to audition for roles. For them it is more of a companion to their creative work. (Her email signature says “actress/agent.”)

Others go all out. Isaac Teplinsky, 25, graduated from the University of Kansas in 2019 and moved to New York City to work in experiential marketing. He had been on the job for four months when the pandemic hit. He flew back to visit his parents in Minnesota for a week or so. A few days later he was fired along with about half of his company.

That summer, while living with his parents and contemplating his next career move, he began watching the show Million Dollar Listing New York and reading a book written by one of its stars, Ryan Serhant. He also watched YouTube videos on getting started in real estate. “I took notes,” he said. “And at a certain point I was like, ‘This is 100 percent it.'”

He spent $800 on a Kaplan real estate course, got his license last spring, and joined a local branch of Coldwell Banker in April 2021. He said his father told him to treat his first three years like law school — an investment in an education with no immediate payoff. “But if you just keep going, it’s going to pay off like it would for a doctor or someone in grad school,” he said. Since then, he has sold seven homes and condos and completed multiple rentals, achieving his $1.5 million sales goal in the first six months.

Mike Mogavero, a 54-year-old Compass agent from Austin, said he made more than he expected in his freshman year. When the pandemic hit, he was working remotely in sales for a Silicon Valley tech company, and his job transitioned from an employee position to a contract job. With his children, now 10 and 17, attending school remotely and his wife’s job as an architect as busy as ever, he decided to take some time off to think about his next move. “I looked around for other jobs and people kept saying I was overqualified, which to me is a bit of a code word for ageism,” he said.

After stumbling upon a Groupon for real estate training, Mr. Mogavero signed up and received his license in 2020. His timing was accidental. Austin’s home prices rose nearly 40 percent between 2020 and 2021, making it one of the hottest markets in the country. Buyers flocked in from California, where he grew up and spent most of his life and career before moving to Austin in 2013. He said he made $30.8 million in sales in 2021. “Helping people buy and sell real estate is something else entirely,” he said.