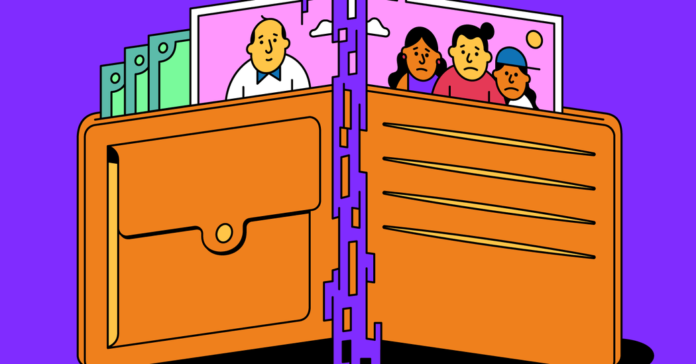 The glitch means families end up paying higher and less affordable premiums for work-related health insurance — or opting out of coverage altogether.

When the glitch is fixed, the cost of work-related insurance should be considered affordable for the whole family. If coverage weren’t affordable, the rest of the family — except for the insured employee — would be entitled to shop on the exchanges and use tax credits to lower their premiums.

The solution isn’t perfect, says Cynthia Cox, director of Kaiser’s Program on the Affordable Care Act. If the workplace plan is affordable for the employee – say the mother in the family – she would have to enroll in that plan while her spouse and children seek lower-cost market coverage. That would mean paying two separate premiums and meeting two deductibles that may not be cheaper, and potentially navigating two carrier networks.

That’s partly why, although an estimated five million people have been affected by the glitch, far fewer would be likely to take advantage of the newly available tax credits. The Urban Institute estimated that 710,000 more people would sign up for tax credit market coverage. Another 90,000 — mostly children — would enroll in coverage from state plans like Medicaid and the Children’s Health Insurance program because the Obamacare marketplace automatically checks eligibility for those options.

The Biden administration estimates that 200,000 uninsured people will receive health insurance, and nearly a million will receive more affordable coverage under the proposed solution.

The proposal comes as the expanded health insurance subsidies offered to Americans during the Covid-19 pandemic are set to expire. Pandemic aid, which temporarily made it easier for people to get affordable coverage on government marketplaces, has been approved until 2022. To extend the aid or make it permanent, Congress must act. If the extra help continues, fixing the family bug would result in even greater savings for families, according to Third Way analysis.