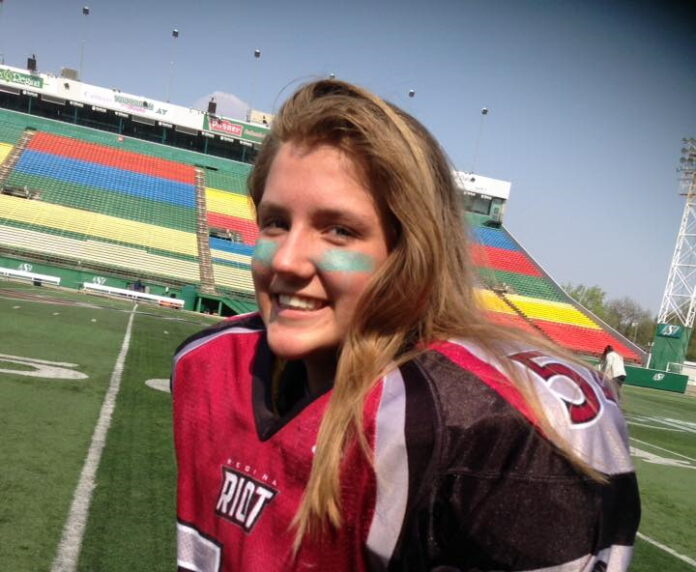 From Weyburn to Finland.

Chantel Vogel has been selected to play with Team Canada at the upcoming IFAF Women’s World Championships in Finland this summer. The selection came after the National Team Identification Camp earlier this month in Ottawa. She was one of 45 women selected for Team Canada.

Vogel has already established herself as one of the best women in football, having been named Rookie of the Year with Regina Riot in 2016 and named the team’s MVP at the end of the 2021 season.

Vogel is currently with the Calgary Rage of the WWCFL where she plays on offense and defense.

The tournament, which takes place every four years, will be held in Vantaa, Finland, from July 28th to August 8th. Canada has won the silver medal at the three previous tournaments.