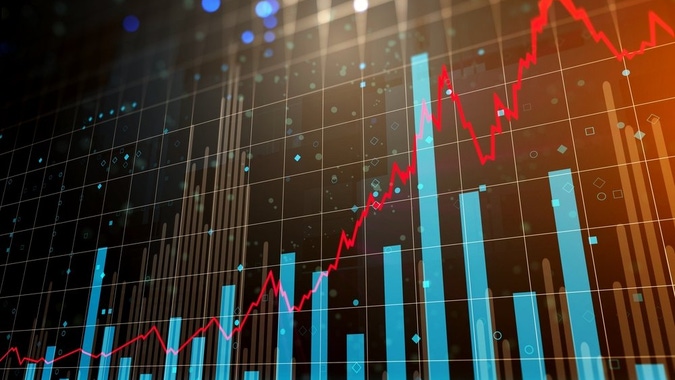 is an example of a company that offers products or services to another industry and can benefit from its growth. For example, copper producer Freeport McMoRan (NYSE: FCX) is selling to electric vehicle makers, which may boost its fortunes.

Entegris develops, manufactures and markets microcontamination control products, specialty chemicals and advanced material handling solutions for the semiconductor industry and others. It serves a global customer base.

Like so many other companies, it has been in a correction since late last year. Shares are down 30.61% so far this year, and there haven’t been many short-term gains to keep investors happy.

The reason for this optimism is its history of double-digit earnings and revenue growth over the past eight quarters. Its trailing-12-month revenue is $2.56 billion, reflecting growth over the past two years. Wall Street is expecting earnings per share of $4.24 this year, which would translate to a 23% increase. Over the next year, that’s expected to rise another 14% to $4.85 per share.

Of course, it is known that everything related to semiconductors is cyclical, so these estimates are subject to change. But for now, fundamentals look promising.

The company announced second-quarter results on Aug. 2. Among the highlights:

In a statement accompanying the earnings release, CEO Bertrand Loy said, “Revenue growth and operational execution were again very strong in the second quarter… Non-GAAP EPS for the second quarter was slightly below our expectations primarily due to a significant decline some major currencies against the US dollar.”

The company was projecting revenue of between $1 billion and $1.04 billion for the current quarter, ahead of the consensus estimate of $811.2 million.

Hissing along with the market

Overall, semiconductor equipment makers lost ground along with the broader market, an attempted rally that fizzled in mid-August.

The stronger dollar has impacted other stocks in this industry besides Entegris. For example, the largest maker of semiconductor equipment by market cap is Netherlands-based ASML Holding (NASDAQ: ASML).

This stock lost 14.71% in August. It initially rose following its latest earnings report on July 20th but peaked as the broader market stumbled.

However, analysts identify specific issues faced by the company. On Aug. 29, Morningstar’s Abhinav Davuluri wrote: “Based on the recent strengthening of the US dollar against the euro (with both currencies being at near par), we are lowering our USD-denominated fair value estimate for wide-moat ASML $696 per share from $761 per share.”

Davuluri added that he is sticking to the fair value estimate of €696 per share, denominated in euros.

Analysts have given the stock a “moderate buy” rating, according to MarketBeat data. The consensus target price is $777.43, a potential upside of 62.80%.

Sophisticated investors are aware that semiconductor manufacturing and related services tend to go through boom or bust cycles. However, as with most industries, there is an element of following the broader market that tends to impact performance. While these stocks show promise for the future (and we all know the need for semiconductors won’t go away in our lifetime), it’s often a good idea to wait for a stock to gain some upward momentum rather than try , to catch this proverbially falling knife.