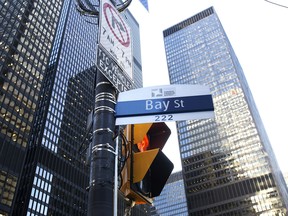 The Bank of Canada on Wednesday pushed ahead with its first 50 basis point hike in interest rates in 22 years, a move that didn’t surprise economists and bank watchers who had been widely expecting the hike. What comes after that, however, is less certain.

Desjardins Group economist Royce Mendes saw the aggressive move – which included announcing that the central bank would take effect on 25 “to counter rising prices and bring interest rates back to more neutral levels.

The central bank’s outsized rate hike came as inflation rose to 5.7 percent in February, according to the CPI.

As well as raising the overnight lending rate to one percent, the bank also raised its forecast for GDP growth this year to 4.2 percent from the original four percent outlined in its January monetary policy report, and raised inflation expectations to a 5, 3 percent average of 4.2 percent.

“These revisions are unsurprising given what has happened since the previous estimates were released in January,” Mendes wrote.

“However, it is worth noting that the Bank of Canada is more bullish than we are on growth in 2023 as we see rate hikes taking effect earlier and more vigorously.”

Desjardins sees room for further tightening next year but didn’t think the Bank of Canada would keep pace with the US Federal Reserve, which is expected to take interest rates above 3%.

In a note Wednesday morning, Ashworth argued that housing vulnerabilities were keeping the Bank of Canada’s hands tied and that it would likely struggle to get interest rates much higher than the 2 percent mark. In comparison, the Fed is expected to push the fed funds rate to a peak of 3.38 percent.

“With housing apparently overvalued north of the border, household debt burdens are much heavier and interest-sensitive housing investment accounts for a much larger share of the economy,” Ashworth wrote.

The pressures that rising interest rates are expected to put on holders of home and mortgage debt will be closely monitored in the coming months. James Laird, co-founder of Ratehub.ca, said in an email that homeowners will feel the quandary every time interest rates rise throughout the year.

“Canadians with adjustable rate mortgages and lines of home equity (HELOCs) will feel the immediate impact and can expect their lenders to raise their prime lending rates by 50 basis points in the coming days,” Laird said. “This group should plan for further rate increases throughout the year.”

Depending on how aggressively the Bank of Canada is raising interest rates, mortgage holders can expect more pressure down the road. Bank of Montreal chief economist Douglas Porter noted that the central bank has updated its estimates for neutral interest rates from a range of 1.75% to 2.75% to a range of 2% to 3%.

“We believe the bank will get the policy rate to at least the lower end of this (updated) range as quickly as possible before then moving to a session-by-session game-time decision – which we think will be a series of 25 basis point hikes at alternating sessions until they reach the high end of the neutral range.”

In response to the bank’s actions on Wednesday, BMO said it would raise its rate forecast for the year by 25 basis points.

It is now targeting a 50-point raise in June and July to quickly bring the overnight rate to 2 percent, and an additional 25-point raise that would hit a rate of 2.25 percent by the end of the year.

Analysts at LowestRates.ca believe the Bank of Canada’s move today could portend a much more aggressive rate hike path for the remainder of the year.

“Prices are going up this year, but we don’t know what next year will bring. This creates something of a rollercoaster ride for current and potential homeowners,” Leah Zlatkin, licensed mortgage broker for LowestRates.ca, said in an email.

“These increased costs are having a major impact on homeowners’ wallets,” Zlatkin added. “Some adjustable rate holders may consider switching to a fixed rate to stabilize their outlook somewhat, but anyone with an adjustable rate will still save money versus a fixed rate right now.”