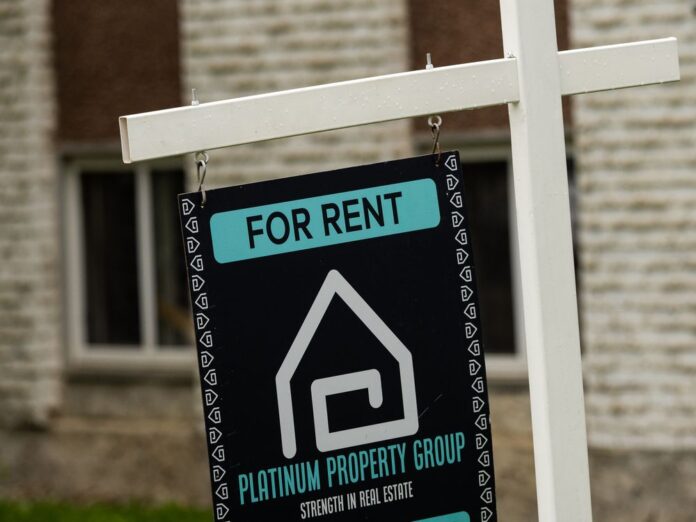 After breaking through $2,000 a month in September, the national median rent for all home types fell 3.2 percent to $1,976 in October, according to the latest report from Rentals.ca and Urbanation Inc.

While the monthly average fell slightly in October, year-on-year results rose 11.9 percent. Rents calculated last month averaged $209 a month higher than the same month a year ago of $1,767. The overall increase in rents is due to many potential home buyers continuing to lease while interest rates are rising and inflation is heating up. The Bank of Canada’s final rate announcement for the year is expected in December.

“The unprecedented growth in current rents is broad-based across Canada, with most markets reporting double-digit annual rental inflation,” said Shaun Hildebrand, president of Toronto-based real estate research firm Urbanation, which co-published the report. “The rental market is getting hotter with every rate hike coupled with record high population growth. The need to increase rental supply has never been greater.”

Atlantic Canada saw the sharpest increase in rental costs last year, with an average rent increase of 32.2 percent. Rents in Ontario, British Columbia and Alberta are still up dramatically over the past year, up 17.7 percent, 15.1 percent and 13.2 percent, respectively.

The average monthly rent for commercial buildings and condominiums in Vancouver was $2,976, the highest among markets with more than a million residents. Meanwhile, Toronto commercial and condominium rents fell to an average of $2,820 in October, compared to $2,855 in September.

Edmonton remains the cheapest market in Canada with an average rent of $1,273.