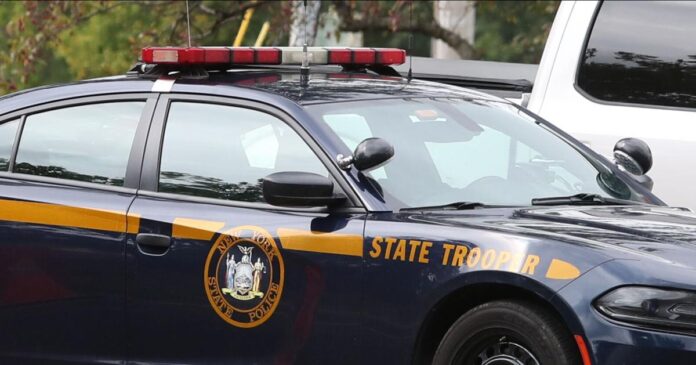 A stolen car from Canada that drove through U.S. Customs at the Peace Bridge was followed nearly 90 miles along the eastbound expressway before being stopped Sunday morning, state police reported.

Troopers said they were called at 10:52 am to assist US Customs and Border Protection in apprehending the car, a silver Mercedes-Benz.

Officers said they tried to stop the car after seeing it speeding and driving erratically, but the driver didn’t stop and a pursuit began.

According to the report, Syracuse soldiers deployed a tire deflation device that disabled the car near Thruway mile marker 335.4, about 12 miles east of Canandaigua.

Police officers said they took the driver into custody without incident and turned the suspect over to Customs and Border Protection officers for federal charges and identification. An investigation is ongoing.

Get the latest local public safety news with this weekly email.