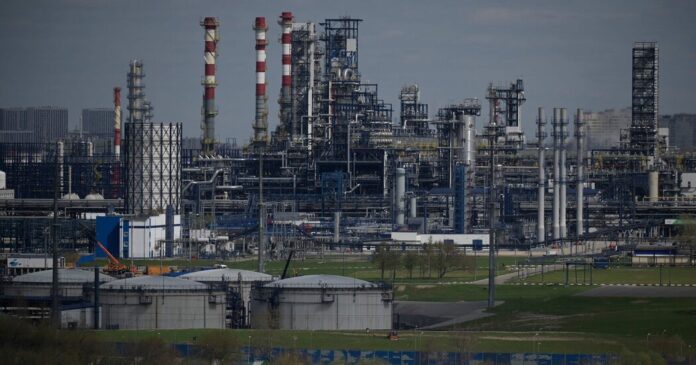 “The advantage of a pure price cap is that you go to the Chinese or the Indians and say, we’re forcing you to save money!” said Daniel Fried, a retired diplomat who has served as the State Department’s sanctions policy coordinator.

The toughest sanction the US and European Union have imposed on Russia to date has blocked the Central Bank of Russia’s access to foreign exchange reserves in global accounts. This caused the ruble to plummet. But the bank has amassed foreign exchange from Russian companies, paid in dollars and euros for commodities, including energy.

US and European officials have focused on the oil sanctions and left out the more thorny issue of Russian natural gas exports. European nations rely on Russian gas to heat homes and power businesses, and it cannot be easily replaced.

There are signs that major Chinese state oil companies are reluctant to sign new oil deals with Russia amid uncertainty over sanctions. American officials say that while China has provided diplomatic and rhetorical support to Mr Putin, Chinese companies and the government have not provided Russia with economic or military aid.

Chinese companies could wait until Russian commodity prices fall further before signing new contracts. And they also want to avoid secondary sanctions, said Alexander Gabuev, senior fellow at the Carnegie Endowment for International Peace. Chinese companies are not well versed in sanctions compliance, he added, which is why executives tend to play it safe.

The Biden administration is also discussing another way to inflict pain on Russia: to legally seize assets of Russia’s central bank frozen in accounts abroad during the war, as well as the assets of Russian tycoons, and hand them over to Ukraine for reconstruction, US officials say.

As with the proposed energy sanctions, the United States is exploring the idea with European nations and members of the Group of 7.